You are here: Home / Archives for celebrant

Does your Wedding Ceremony Venue have Amenities?

Does a wedding ceremony venue need to have amenities?  Picture this – You dream of having your romantic wedding ceremony on a cliff high above your favourite bit of ocean or landscape.  The wedding party is OK; you are arriving in a helicopter.  Your Guests (and your Celebrant, Photographer, etc are not so lucky.  They have to drive, or walk up a road that leads off another road that is quite a way from anywhere!

Look After Your Guests

Recall, you invited your guests!  They expect that you will at least consider their basic needs.  Basic needs can only be met by having amenities available.  Amenities include services such as toilets, showers, electricity, shelter, drinking water. Your chosen wedding ceremony venue may not have amenities on site.  This does not mean that the venue is unsuitable for your wedding ceremony.  However, you do have to think about your guests and service providers.

Where are the closest public amenities located?  How do you tell people about what is, and what is not available on site?  This map of national public amenities is a good start.  You can check the availability of amenities in public parks and areas.  Even if your wedding ceremony venue is in a private venue, this information can be helpful.

Your Guests are VIPs (Very Important Persons).  Look after your guests’ needs and your guests will be happy!  Happy guests make for a happy celebration.

You will find other helpful links and resources for choosing a venue for your wedding ceremony on the  Links & Resources page of this website. 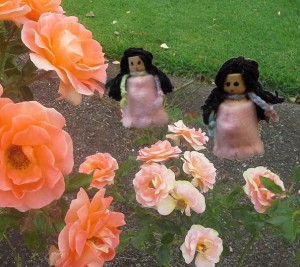 Checkout the various roles that traditionally, are included in the bridal party.

There are three Marriage Certificates at civil and religious weddings.  A Commonwealth-registered Marriage Celebrant (CMC), or a designated person of a religious organisation approved by the Australian government officiates at these wedding ceremonies. 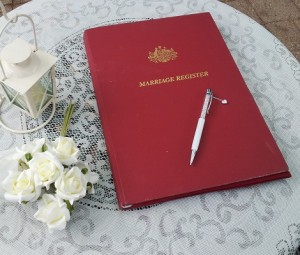 The ‘legal document’ that not only establishes your identity but also shows the details of your marriage, is the copy of the Official Marriage Certificate certified by the Births, Deaths and Marriages Registry of the States/Territory where you marry.  There is a charge for this certificate and costs vary across State Registries.

Finally, State Registries offer a decorative, Commemorative Certificate for a fee.  This certificate is for display purposes only and is neither a legal document nor a proof of identity document.

How many Marriage Certificates do you need or want?

So, how many certificates do you need or want?  That is up to you!  If you want a certificate that you can use to change your name, then  you need to purchase a copy of your Official Marriage Certificate.  This is available from the Registry of the State/Territory where the marriage takes place.

Peg & Pog’s Rose Garden Wedding is Episode 7 of the micro-series, Dolls are Different…or are they? a pegdoll production.

Peg & Pog are to marry in the Rose Garden 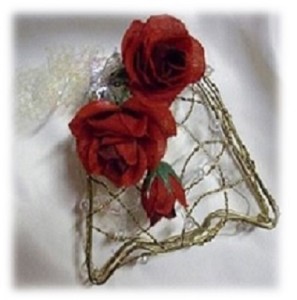 Peg & Pog survive the ‘helpful’ ideas and suggestions for wedding planning by the Doll family members.

All Peg & Pog just want to marry in the Rose Garden where their love first bloomed.

Doll family members and friends have their own ideas however, and are determined to ‘help’ in making the wedding plans.

Before Peg & Pog know it, the Doll family members and friends take over (or so it seems)!

At last, Peg & Pog find their ‘ray of sunshine’ in Glenda the Very Good Brisbane Celebrant.  Peg & Pog fear hurting the feelings of Doll family members and friends by refusing their offers of ‘help’.  Glenda, being the Very Good Brisbane Celebrant, listens patiently to their concerns.  Glenda guides Peg & Pog through ideas, options and practical strategies and smooths the troublesome situation.

Peg & Pog are reassured by Glenda’s wise words and the opportunity to discuss what they really want for their wedding ceremony.

The Rose Garden is abuzz with excitement!  It is Peg & Pog’s Wedding Day

Peg & Pog’s wedding day arrives!  All dolls (and bees) gather in the Rose Garden for a very special wedding ceremony.  Doll fashionistas strut their stuff, showing off their latest creations.  Doll kids run and play and chase bees, and Doll parents and family members and Doll friends chat and admire the roses.  Glenda, the Really Good Brisbane Celebrant, arrives and everything is ready!

Use great wedding planning tips to make a difference!  As Brisbane’s really good professional Marriage Celebrant, I am often asked about wedding hints and tips for ceremonies.  Every ceremony is different, however some tips apply to all wedding ceremonies. 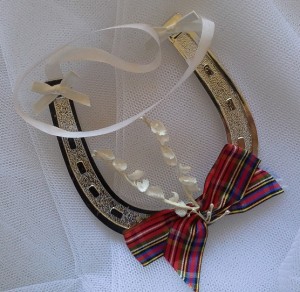 We often overlook the really important areas of planning a wedding.  Some areas are so commonplace that we take them for granted and we hope that they will ‘look after themselves’.  We hope that we will have ‘good luck’ and that everything will go smoothly.  Brides often carry wedding charms or keepsakes such as a horseshoe to assure good luck on the day.  These are fun, however they do not guarantee that good luck will follow.

Of course you want your wedding ceremony to be breathtaking!  After all it is your special day and you expect that your ceremony will flow smoothly and be absolutely delightful.

What about Rain on a Wedding Day?

Rain on a wedding day can be tricky!   For outdoor wedding ceremonies, it can go either way.  Even if the weather does clear for the ceremony, the ground may be too soggy.  This situation will apply in many outdoor locations in Brisbane and the Bayside areas (at least!) in these days of unpredictable weather.

Do you have a Wet Weather Plan?

Do you have a wet weather backup plan for your outdoor wedding ceremony?  This is essential for your wedding ceremony to go ahead, rain or shine!  If the rain decides not to fall, and the ground is not too soggy, then the outdoors it is!

If it does rain, then the backup, wet weather plan swings into action. 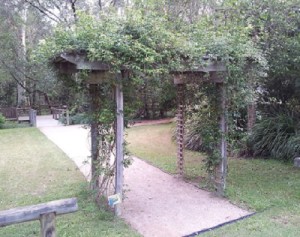 Is the reception close by?  Are arrangements in place for the wedding ceremony?  With some adjustments, the ceremony will proceed as planned.

Of course, decisions need to be made no later than 6 hours before the ceremony.  This allows  family and friends to help in the setting up (either outdoors or indoors) for the start of the ceremony.

Where the wedding ceremony is conducted at a different venue and there is no time to change the information on the Presentation Marriage Certificate,  I complete a spare form 15 and fill in all information by hand and with no time for beautiful writing.

Of course, if it does rain on your wedding day then according to myth, “happy is the bride who has a rainy wedding day!”  So rainy day weddings are good luck!

We enjoyed that the ceremony was very familiar and with a nice atmosphere!

We will always remember our Celebrant, Glenda.  Just call her, she's very friendly.    A and T, Wedding, Tarragindi.

Glenda J Ashleigh
2018-01-25T12:25:48+10:00
Tarragindi Wedding Ceremony We enjoyed that the ceremony was very familiar and with a nice atmosphere! We will always remember our Celebrant, Glenda.  Just call her, she's very friendly.    A and T, Wedding, Tarragindi.
https://glendaashleigh.com.au/testimonials/wedding-tarragindi/

The high level of organisation and straight forward directions made a ceremony that flowed and proceeded as planned.  The Celebrant's intelligent banter, jokes and lovely words ensured happy (and relaxed as can be) Bride and Groom allowing them to enjoy the day with few worries.  N & A Wedding, Cleveland

Glenda J Ashleigh
2014-03-29T15:25:18+10:00
The high level of organisation and straight forward directions made a ceremony that flowed and proceeded as planned.  The Celebrant's intelligent banter, jokes and lovely words ensured happy (and relaxed as can be) Bride and Groom allowing them to enjoy the day with few worries.  N & A Wedding, Cleveland
https://glendaashleigh.com.au/testimonials/n-a-wedding-cleveland-2014/

Love in the Rose Garden 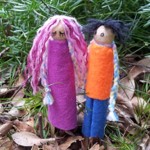